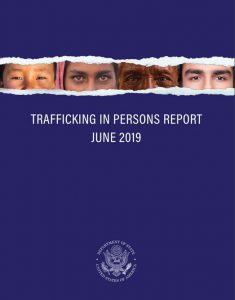 The annual Trafficking in Persons (TIP’s) Report has been launched by The US Department of State (June 20th, 2019). Following from last years report which saw Ireland downgraded from a Tier 1 to Tier 2 Status, Ireland has maintained its position on the second rung of a challenging ladder.

The report outlines Ireland’s continued under-responsiveness and highlights an unchanging climate in the country suggesting, “Authorities failed to initiate any prosecutions in 2018 and had chronic deficiencies in victim identification, referral and assistance. The Government lacked specialised accommodation and adequate services for victims,”.

Whilst victims await government responses to adequately respond to their immediate needs, organisations like MECPATHS continue to increase awareness and extend learning opportunities around Ireland.

Children are Being Trafficked into Ireland by their Own Families